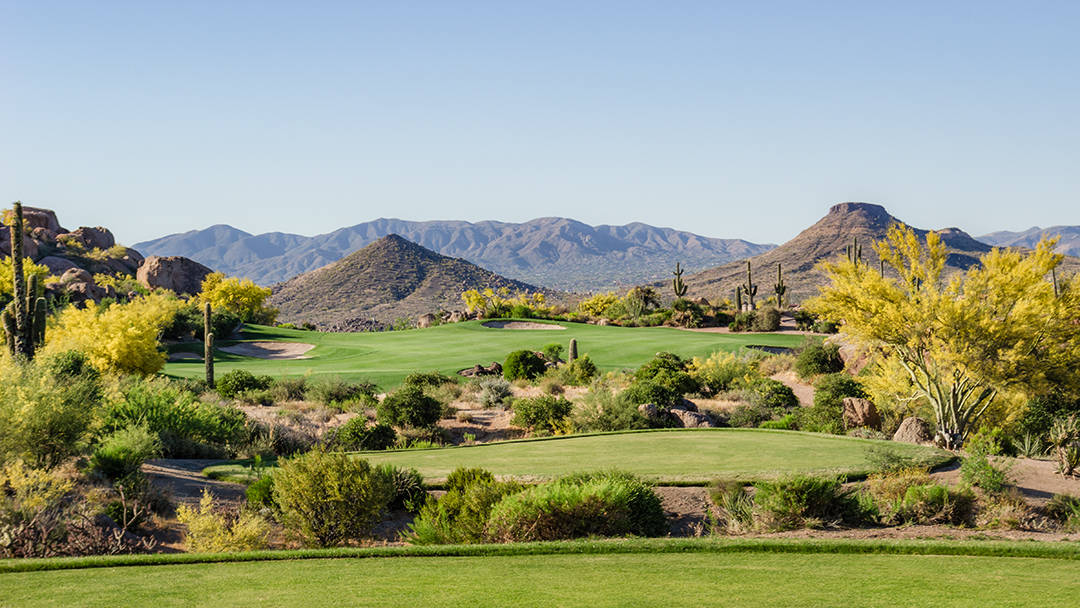 For the past four years, I’ve taken my son to hundreds of junior golf tournaments. I’ve watched him play hundreds of competitive and practice rounds at over 150 golf courses in 19 states. At first while walking along, I would occasionally snap a picture on my cell phone. Over time I swapped out my cell phone and brought along a DSLR camera. When my son’s junior golf career ended this fall and he trekked off to play college golf, I found myself with hundreds of images highlighting the golf courses he played.

With inspiration from my brother and Alex Armitage’s article, I decided to use these images as the basis for my own Instagram experiment. I wanted to try and build an Instagram account using photographs with a similar subject matter and style rather than just posting random images.

I started with 107 followers when I posted my first image of Wildcat Golf Club on September 19, 2022. Most of my followers to that point were people I knew, and I had gone several months without posting any images at all.

Prior to my first post, I didn’t have much of a plan. I talked to my brother about his strategy, and he told me that the most important thing by far was to post regularly and to engage with the Instagram community as much as possible. He didn’t bother with any kind of metrics or analysis. That was all too complicated and time-consuming. Instead, his mantra was two posts a day, every day. As far as he could tell, the time of the post, the caption, the hashtags, and even the quality of the work didn’t seem to matter when it came to viewer engagement. More than anything he said, it was the popularity of the player or the team that determined the response.

Once I decided to conduct my experiment, the first thing I did was to create a spreadsheet organizing all my images. The spreadsheet listed the date the image was posted, the file name, the name of the course, the city and state, as well as the hole number, par, and yardage. I used this information to form the basis of my caption.

My plan was to use these 13 hashtags to engage with the golf course photography community. The idea was to spend 20 minutes per day engaging with posts and photographers that used these hashtags.

In addition to those 13 basic hashtags, the spreadsheet also included 5 to 10 additional hashtags that were specific to each image. Usually, these hashtags would include items related to the location and name of the course, the course architect, or any golf entities associated with the course or the event played there. For example, for Erin Hills, which hosted the 2017 U.S. Open I included the following hashtags.

I didn’t have a particular plan as to what images I would post in what order. Every day I would simply pick one picture, post it, and then note the date it was posted in my spreadsheet. There wasn’t any scientific reason for what I posted and when. The only rule I had was to avoid posting an image from the same course two days in a row.

For the most part, I posted one image a day, mainly because I wanted a feel for what would happen once I started posting images regularly. Occasionally I would post two images in a single day. I will say, at least anecdotally, posting multiple images in a day seemed to generate more overall engagement than when I posted just once. As I continue with this experiment, I plan to increase the number of images I post each day.

Most of my images are in a 16×9 format. A handful are in a 5×4 format. I tried to keep the brightness, warmth, and tonality of the images as similar as I could. Obviously, that’s not always possible, but I wanted all the images to have a consistent style and look. I wanted my feed to seem cohesive rather than just a random collection of images.

The caption I included with each image also followed a uniform style. It started with the name of the course, followed by the city and state, the hole number, par, and yardage. Following that basic information, I would create unique text for each post.

Depending on how inspired I was that day, the unique portion of the caption would range from a few words to a few sentences. Finally, I would make sure to tag the Instagram account for the course.

After the tag I would add a dividing line, followed by the hashtags listed for that post in my spreadsheet. So each post contained the golf course, location, and hole information, as well as a unique caption, an Instagram account tag, followed by a dividing line and 15 to 20 hashtags.

I would also make sure to include a location tag for each course as well.  I followed this exact formula for every post.

So that’s the general outline of my Instagram experiment. So far, I’ve posted regularly for about 40 days. As to what happened over those 40 days, that‘s for Part 2.